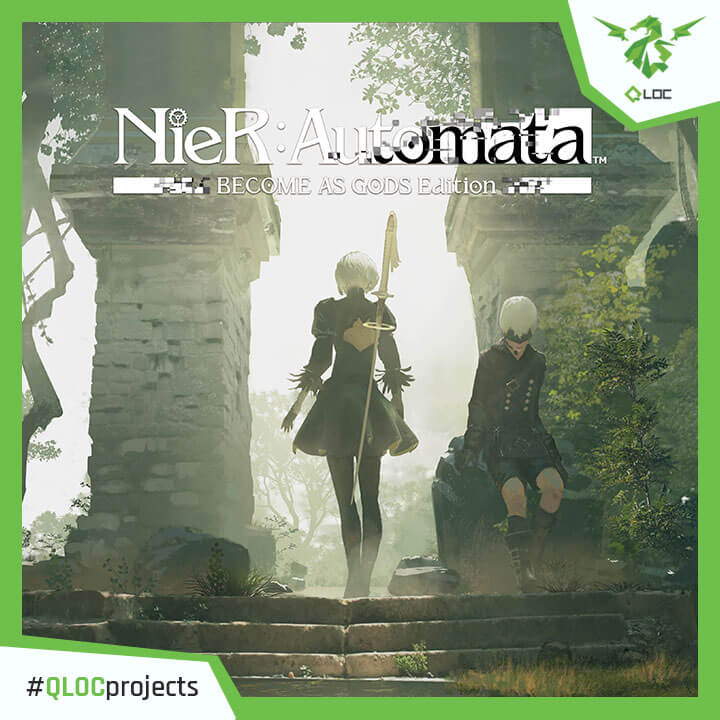 This time we’re talking NieR:Automata™ BECOME AS GODS Edition and we need to emphasize that working on this title was a privilege and an honor for us as developers and fans! Thank you, Square Enix and Platinum Games!

We implemented a plethora of improvements:
• Borderless Video Setting – some years have passed since the initial launch, all the while this feature became very popular among the PC player base, and we felt it’s a must-have with this edition.
• FidelityFX – thanks to our cooperation with AMD we were able to add a new option that improves the visual quality even further than before.
• HDR – already a part of the Xbox One version, we ensured continued support on the new version.
• UI Textures (4k) – we upscaled and re-imported over 270 textures (icons, backgrounds, UI elements) to make sure they support and look just as they should in 4k!
• Improved Cutscenes – with some clever adjustments and improved bitrate, we were able to provide 60 FPS for all cutscenes and displayed them in their correct aspect ratio without stretching the image.
• Adjustments/Bug Fixes – since we based our version on the Xbox One port, we were able to include all fixes and adjustments from that version.
The team had some solid experience with Microsoft Store products which allowed us to pass certification without issues.
Another great job, #QLOCdragons team!