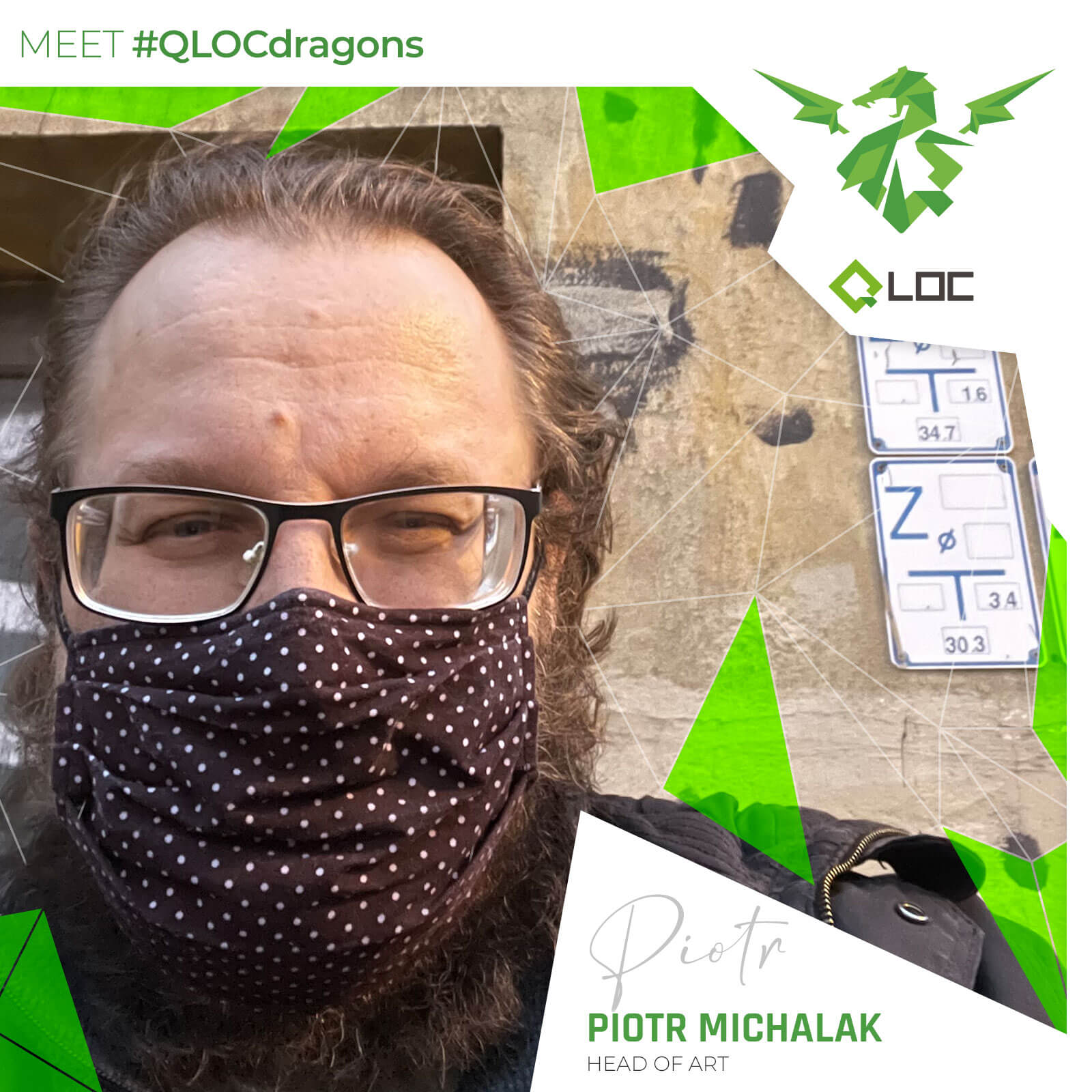 Meet Piotr Michalak who is our Head of Art.

We asked Piotr some questions about his work at QLOC and more!

I am the head …of art. I overlook where the art related parts of project are heading, care for the headcount, provide a head start for every new member of our art team and guide them along an opportunity to grow which the company provides ahead of their career path. I am a ‘go to person’ for anyone in the company who would like to take any art production related issue out of their head.

Personally getting to know all these people from those great portfolios on Artstation. Getting hands-on experience with game development that lets me understand what they are talking about on presentations stored at the GDC vault.

I can convert into PDF.

Definitely RiME, Ni no Kuni is also really nice – although I can’t say I have _worked_ on this game, actually.

I love Street Art tourism, that also means being sure where the most dangerous and dodgy parts in every major city are – based simply on the most famous mural placements. I also collect handheld consoles.

I had to work on the Vagrant texture rework in Dark Souls. Those guys are super rare to meet in the actual game. There isn’t a suitable tool to check the appearance of characters in the game other than teleporting to a place where certain creatures spawn and looking at it on the that level. The list of repro steps to witness a vagrant was absurd, even with console commands. I’ve managed to spot my creation three or four times in the build.

I had to redo a graffiti in DmC, NT used “Love letters” a work by ARYZ that was created in Łódż, as a part of Urban Forms festival. Fans easily spotted that this is an actual work of art – so my task was to propose a different mural that captures the same art style and atmosphere in that specific game location, but isn’t this particular image.

More than twenty and according to Moby Games it’s actually 31.

Would you like to nominate one of your teammates?

Agnieszka Szajewska aka Goku no Baka, she can draw in an Ikeno Style (Street Fighter)  – and also in the more recent Daria Zawiałow style.