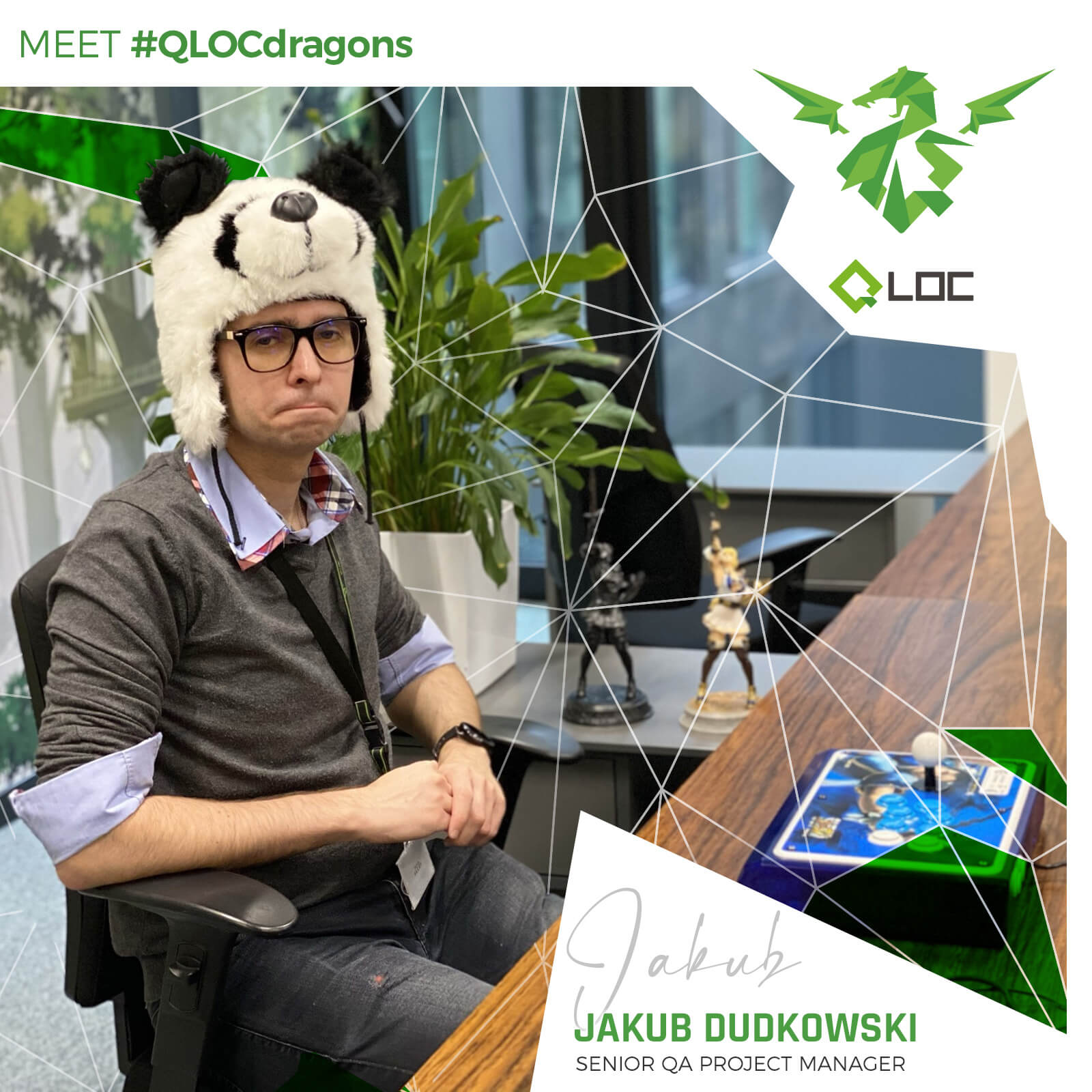 Meet Jakub Dudkowski who is our Senior QA Project Manager.

We asked Jakub some questions about his work at QLOC and more!

QA Project Manager is the first point of contact for our QA partners for the purpose of project evaluation and preparation. I manage projects and their budgets, support Team Leaders, work on reports. There are many activities happening in the “background” – not visible to our Testers, but critical for the success of projects. So in short: e-mails, meetings and spreadsheets.

Working with people, investigating and resolving problems, learning new tools. Other than that, I like learning about unreleased or work-in-progress titles (keeping NDA in mind!) and being included in game credits – it feels great to see your name in a finished product. I also try to get boxes of all games that I am credited in – something nice to put on a shelf.

I love fighting games and have been active in the competitive community for over 16 years now. I used to play a lot, winning many Tekken and Soulcalibur tournaments. While I don’t train anymore, I still help with organising and running tournaments, do interviews, do commentary. But my true special power is pun-ishing people with bad jokes.

Instead of my favourite one, I will name the one working on which I enjoyed the most. It was the PC version of Danganronpa V3: Killing Harmony. This is a hugely story-driven title and playing it before its English release made it possible for me to enjoy it without being afraid of spoilers. And it was really worth it – if you don’t know it, at least give it a try.

I enjoy reading books about self-improvement, teaching kids Math and English, watching horror movies (most of them are not that scary!) and listening to podcasts. When it comes to video games, I focus on single player titles and play mostly to enjoy the story and learn the mechanics. I am not that skilled, so even though I have praised the sun, I usually go with the easy difficulty.

While working on Ultra Street Fighter IV we travelled to Japan for location tests to gather feedback from local players. It was still before the last character, Decapre, was announced. Even though we talked in Polish, anyone would have understood the word “Decapre”, so we decided to use our own codename when talking about the character during this trip.

Testing Ultra Street Fighter IV on an arcade machine. Those were real and spent a few weeks on a ship before arriving at our office. I learned about types of machines, requirements the game must comply with before it is officially released, how to set up different coin values and so on. Working on an original arcade machine is a video game player dream that came true!

Over 100 in total, that’s for sure. I have been credited in around 50 of them, including several fighting games (Street Fighter X Tekken, Ultra Street Fighter IV, Mortal Kombat XL and 11, Injustice 2), Batman titles (Arkham Knight, Return to Arkham), visual novels (Danganronpa trilogy, 428: Shibuya Scramble) and LEGO games.

Would you like to nominate one of your teammates?

I want to nominate one of my first Team Leaders, Łukasz Mirosławski, who is now working as a Senior QA Lab Manager. I am sure you will find his superpower interesting – he aims really high!

QLOC website uses cookies to improve your experience. We'll assume you're ok with this, but you can opt-out if you wish.Accept