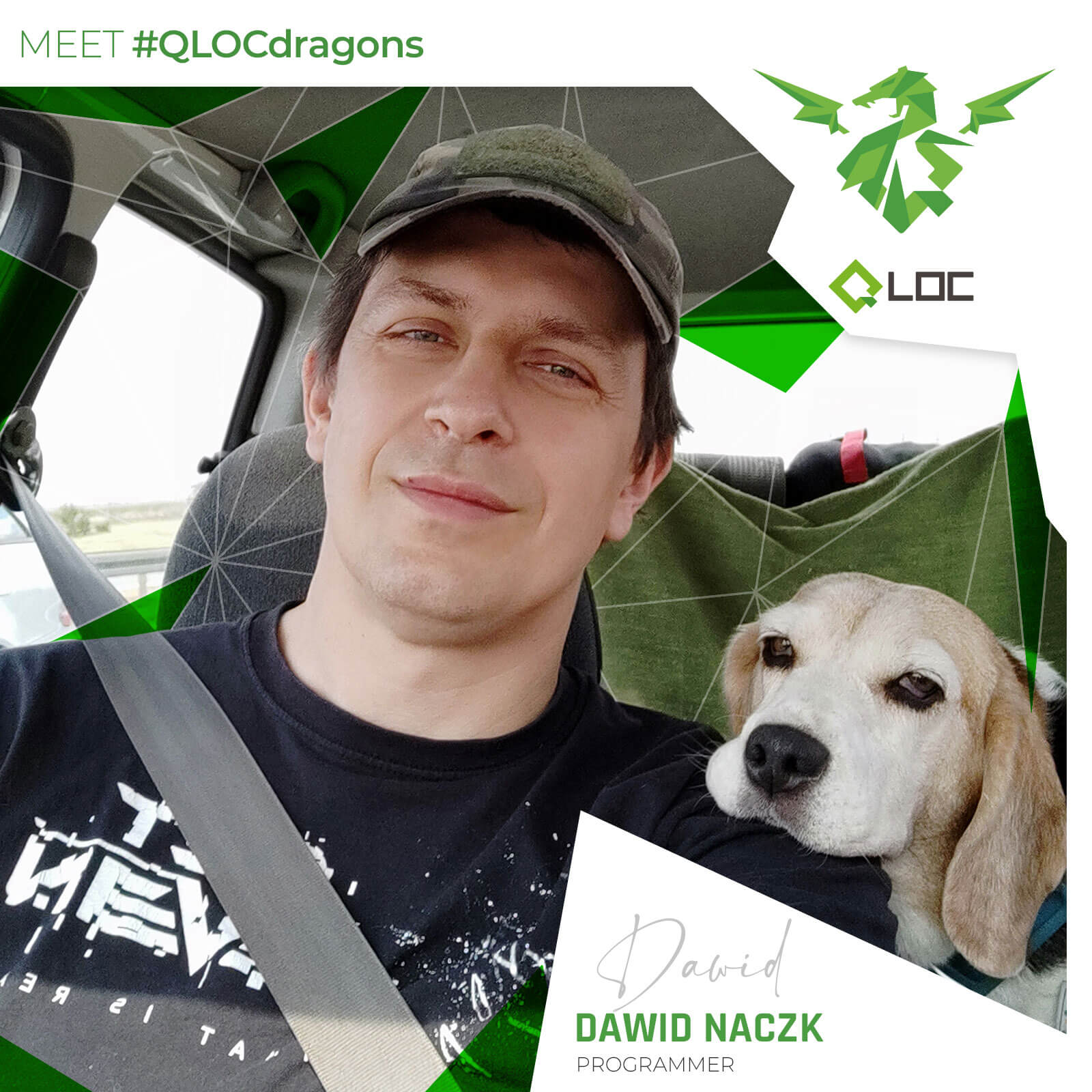 Meet Dawid Naczk, who is our Programmer.

We asked Dawid some questions about his work at QLOC and more!

I’m a programmer. My area of expertise is porting games. There is a lot of technical knowledge involved. Knowledge related to game development, C++ programming, low level programming, computers and game console architecture etc. Endless learning but also a lot of satisfaction when the port is completed.

Learning, programming, self-development, satisfaction from finished projects with titles known all over the world.

There was a task where a lot of changes were required. A game was being ported from PC to Nintendo Switch and it required swapping from keyboard+mouse to a gamepad controller. We had to redesign many elements. It was captivating and challenging for me because of the number of controls and menus that required changes.

I worked on six porting projects so far.

The company uses industry-leading software. It is good to have an opportunity to obtain more knowledge about new software. There are also great work patterns while working in teams, and that is the next area where I could learn some new and valuable things.

Being a programmer, I would like to strictly focus on programming but QLOC does give an opportunity to develop yourself. It does not matter if you are a less or more experienced programmer. You give your experience to the team and they give you their knowledge in return. You can be sure that they will support you. Well organized teams and competent people are the strengths of QLOC.

I like the Hellblade port for Nintendo Switch. Amazing work of a few talented guys from QLOC. I joined the project a bit late, when most of job was done.

Hmm.. perhaps learning. I like learning different things and being challenged. I think it may be an addiction.

I enjoy Military Recreational Activities like shooting, survival, orienteering, physical exercises, martial arts. I like creativity, art, storytelling, good books and film production… and of course, programming – it was always my favorite.

I suppose that I’m #PCMasterRace 🙂

The game – I would rather say I prefer a genre of games – RPG. Especially those set in postapocalyptic worlds. The movie – Alien, especially part 2. I do not have a favorite book, it always changes. Recently these are Michel Houellebecq’s books.

I like Fallout 3. I could play it in solitude on some island.