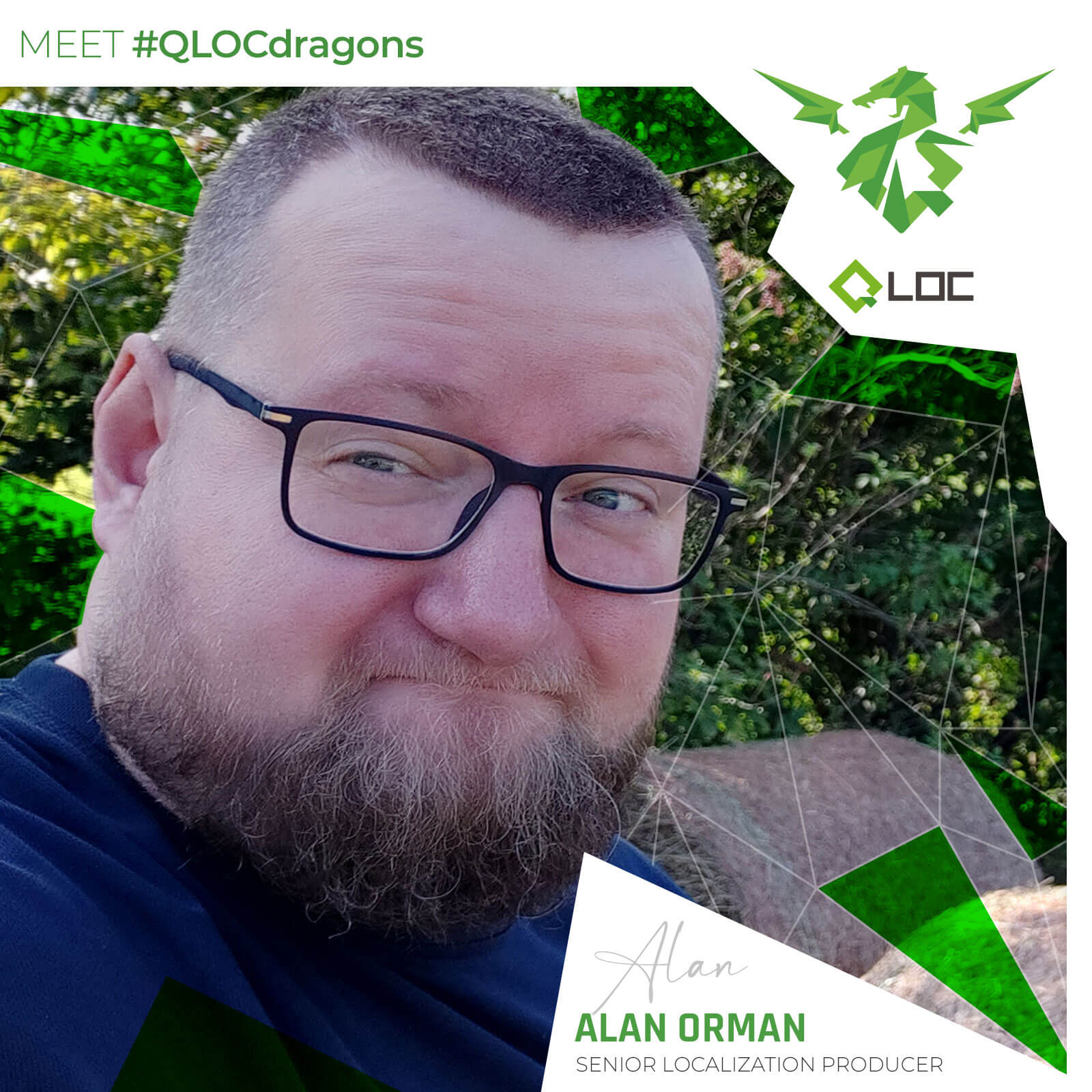 Meet Alan Orman, who is our Senior Localization Producer.

We asked Alan some questions about his work at QLOC and more!

My position at QLOC is called Senior Localization Producer. I oversee the localization of video games – from budgeting and scheduling, through assembling localization teams for each language, to managing daily translations, proofreading and voice recording workflow on my projects.

Being able to work closely with people from literally around the world. Different people, different languages, different time zones, different cultures, but one game and one ultimate goal – bringing to the players the best gaming experience possible, regardless of where they live and what language they speak. I also enjoy the sense of accomplishment when the project concludes and the game launches. It truly is a unique feeling.

There were two projects that I managed a few years ago and they involved localizing video games into Silesian and Kashubian (two different games, one per each language). Those games were one of the first ones to ever be localized into those languages and to be distributed country-wide in Poland. I had to find experienced linguists and testers who speak the relevant languages. This was not an easy task, but with a creative approach I was able to assemble those teams rather quickly and both language versions were kindly spoken of by players.

I’ve been on the job for over 16 years now. That’s a lot of time and the list of titles I’ve been involved in (in one way or the other) literally is a few hundred titles long.

I have learnt everything that I know about the VG industry today and about how it works on the inside. How different processes overlap and depend on each another and how you can optimize them for better efficiency and better quality of their output.

Make sure that your level of English is decent enough for running everyday communication (knowledge of the industry and its lingo will come in time). And do not be afraid – we’ve all been there and started our careers at some point in the past. Give it a try and see if the video game industry is a place for you.

Localization projects take really long (even a few years in some extreme cases) and before the game hits the shelves, I tend to become really fed up with that title. I don’t have a clear winner here, but the recent installments of the Far Cry series have been really fun games to both play and work on. I am “Team Chorizo” together with my daughters! 🙂

I speak Polish, work with fuzzies and can brew fantastic coffee in a V60.

Go out for a bike ride (a bicycle, to be precise), play games and spend time with my kids. I also tend to deep dive into a new hobby from time to time. It broadens my horizons and gives me extra knowledge about certain things. It’s like an extended gym training session, only for the brain cells. Examples? Folding knives and specialty coffee, to begin with.

I do have a Series X at home, but mostly my kids use it. I myself have always had a beefy PC rig and #PCMasterRace has been my credo.

Book: “Dune” by Frank Herbert.
Movie: “Braveheart”.
Game: Thief II: The Metal Age (it’s an oldie but a goodie – Google it up if the title doesn’t ring a bell)

A board game that also happens to feature a decent single player campaign – in case I would be there alone.

Oh yes! I could easily write a chunky book or even a series of them, all with video game industry stories and anecdotes. But there are three letters that prevent me from doing so. Those letters are N, D and A.